REAL FAMILY STORIES
I do a lot of family photography shoots every year, and my clients are from all over Europe coming to Gran Canaria to have vacation, relax and some also to celebrate a birthday or an anniversary.

Her are some of the photo shoots with families I have done lately. 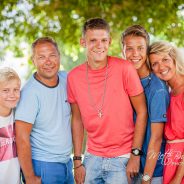 Earlier this summer we had a photo shoot with a lovely family from Bodø in Norway, Lise and Mads, and their three boys, Lars, Tobias and and Johannes. Lise and I got to know each other while we played in the Norwegian television serie “Costa del Kongsvik” this spring (coming on TVNorge in March 2014).  For this family photo shoot, we first went to a nice park, and then to the beach. And I am soo impressed of the three boys, they were never complaining and was working very well all the time, and we all had a great time during the... In February I was so lucky to meet a friend of mine from back in the old school days in Risør, Norway. Christin and her son, Atle, had a stay at Gran Canaria for a while. Christin and I grew up in the same little town and went to school for nine years together, so it was very special to get to do a session with her and her son in Gran Canaria. And how cool of Atle to do a photo session with his awesome mother, that´s a tough man! Atle is one of those tough guys in the Norwegian army, but had some days off to have some vacation in Spain. We... When I am given the confidence of a family that wants me to take their family pictures, I’m always very humble. And when I come back to my Mac and load all the pictures into it after a photo shoot, it’s always so exciting. I use a lot of time to select the photos to send to the client, it´s not easy, I usually likes more photos that I can send to them. After the selection starts the editing. And when you sit and work with photos from a photo job, it´s like something happens, you get some kind of a “relationship” with... On wednesday we did the photo session for this lovely family from Norway. We went to Anfi del Mar, which is such a lovely place, not only to spend a vacation, but also to do photo session at. The area around the resort and the fabulous beach are so perfect for taking photos. So thank you all at Anfi for giving me the permission to be able to use this fantastic area. This time we had a big family, it was grandmother and grandfather Bjørg and Sigbjørn, it was Kari and Eirik and their three children Thomas, Henriette and Øystein. Henriette has...

A few days ago, we had a photo shoot on the fantastic resort Anfi del Mar. Anfi del Mar is a spectacular holiday resort near Arguineguín on Gran Canaria, founded in 1988 by the Norwegian entrepreneur, Bjørn Lyng. Thanks to his grandson Andreas, I was given permission from Anfi to do a photo shoot there with this lovely family. The families were gathered to celebrate grandfather og grandmother. All their children and grandchildren, except for one, spent their vacation here on Gran Canaria to meet and for the... On saturday we went to the fantastic hotel Lopesan Villa del Conde in Meloneras. We had an appointment with Marina, Derek and sweet little Alison. They are the most lovely little family from Dublin in Irland you can imagine, and we had a great time with them late afternoon in the surroundings of this fantastic hotel. And even if Alison (15 month) not always wanted to do the same as us, we managed to capture some amazing moments of this lovely family.  I am so loving the result of these photos, and again I am reminding myself of how lucky I am... 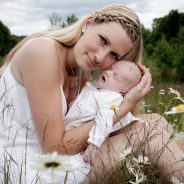 This is my daughter who just has become a mother herself to little Celine. It is not easy to describe the beauty of this with words  so I have tried to do it with this pictures… no images were...